Forging a bond and common vision with your company’s existing management teams is paramount to our success.​ During the due diligence process, we’ll meet with your key people and develop a vision for the future growth of the company. ​

Once we join forces, we become members of the team to create growth and upward mobility, and recruit talented people. We add resources and opportunity for you. Your company. Your people. Your culture. Your products.

Strategic direction is determined by the management team in close collaboration with an active Board for each company. We believe in encouraging and rewarding performance. 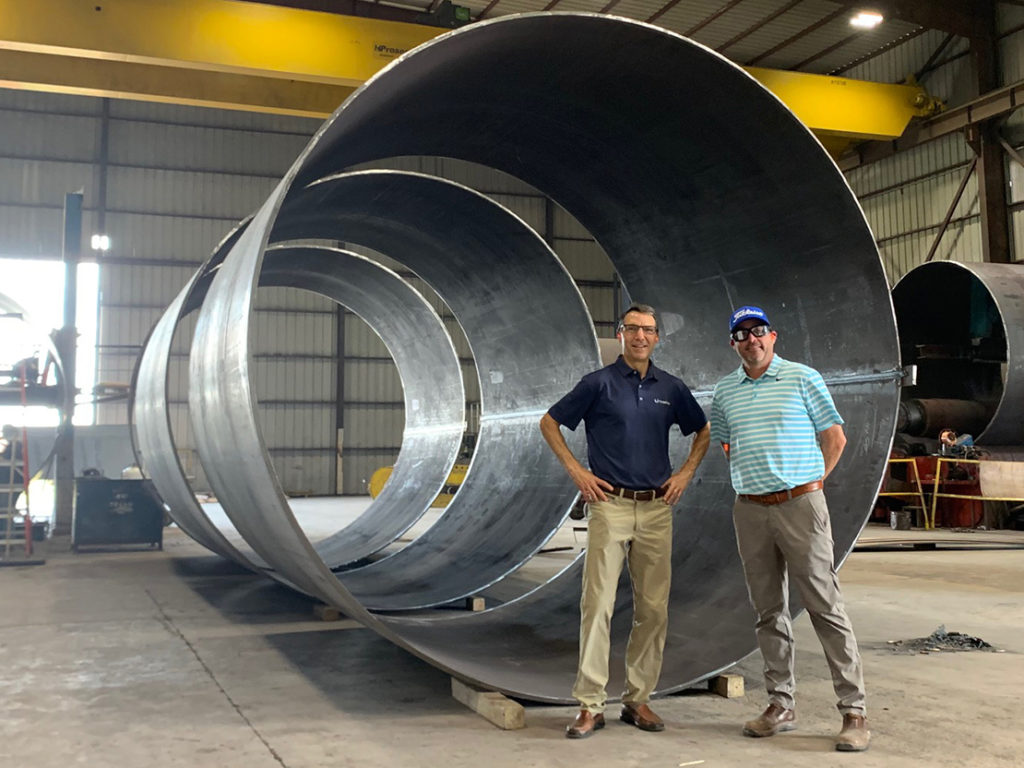 Management will have some form of equity and/or incentive system put in place to share. 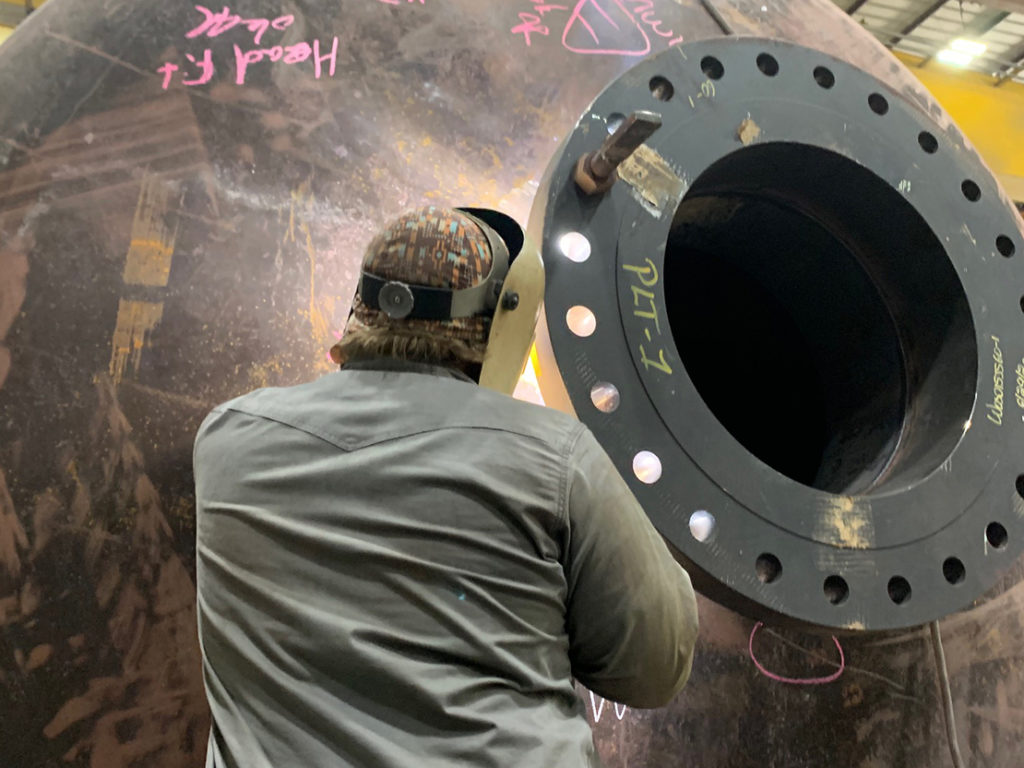 Operating teams will have the autonomy and capital resources to succeed, while having unlimited access to the experience of Bridge Industries management and advisors.

Our operations background provides support in many areas 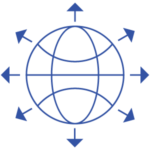 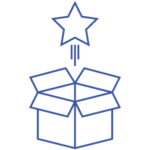 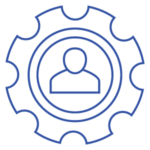 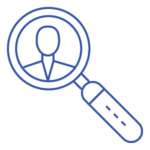 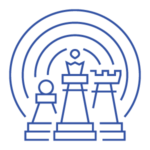 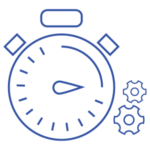 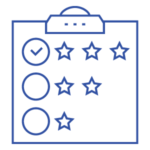 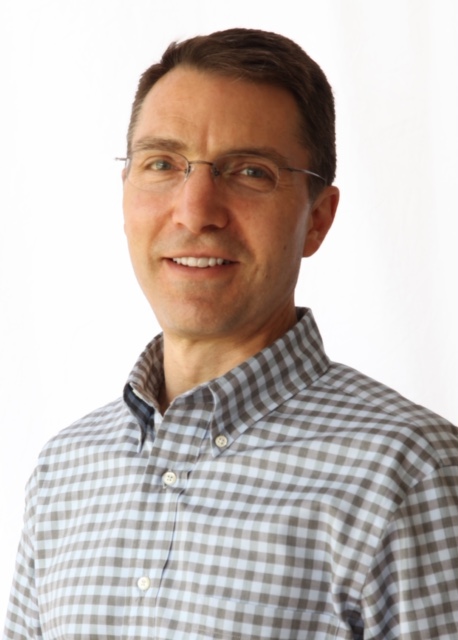 Contact: jb@bridgeind.com
Jeff is the Founder & President of Bridge Industries. Jeff enjoys helping companies grow by providing ideas, insight and the resources—financial, infrastructure, and people—to help make that happen. Jeff relies on his team’s experience, identifying challenges that need to be addressed and developing clear solutions. After getting his accounting degree from Miami University of Ohio in 1984, and certification as a CPA,  Jeff began his career at Parker Hannifin.  After Parker he had the opportunity to gain valuable acquisition and operations experience with a merchant banker and manufacturer of consumer hardware products.  In 1991 Jeff joined Hawk Corporation in Cleveland, starting in corporate development, then moving into a VP position over acquisitions and business development, and rising to become President and Board member.  Jeff helped Hawk flourish from a $20M single-plant company to a $200M 16-plant global operation, which helped him form a passionate belief in the viability of American manufacturing, and it’s importance for job creation and economic growth. For over 35 years Jeff has been an active member of the community in Northeast Ohio, with consistent involvement in organizations like Big Brothers/Big Sisters, The Multiple Sclerosis Society, and Breakthrough Public Schools.   At the MS Society Jeff became Board Chair and led major fundraisers, helping to increase funds for research and services.   At Breakthrough Public Schools, Jeff has served for over 10 years on the Board, and he is passionate about the importance of education as the equalizer for minority and impoverished youth. In his spare time, Jeff likes to spend time with his family and stays active in whatever sports his body will allow at this stage.  As a lifelong fan of Cleveland sports, he hopes to be around long enough to see championships in football and baseball.
Show Full Bio 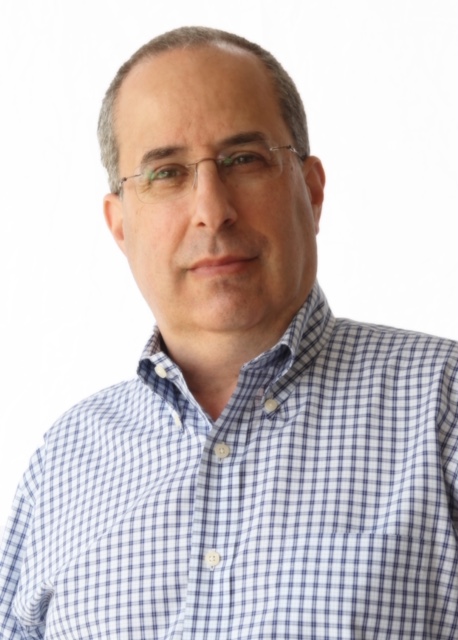 Contact: jfalck@bridgeind.com
Joel Falck joined Bridge as the CFO in early 2007. Joel has over 30 years of experience as a senior-level finance and operating executive in businesses that were publicly traded and financed through private equity. At Bridge, Joel is responsible for making sure the financial commitments of Bridge Industries run smoothly. Joel graduated from the Wharton School at the University of Pennsylvania with a bachelor’s degree in economics, majoring in accounting and is a certified public accountant (inactive). Joel and Jeff Berlin met while both working for American Consumer Products Inc. (ACPI) in 1990. Together, they completed two successful acquisitions before Jeff moved on to Hawk in 1991. Joel has served as the Chief Financial Officer of American Consumer Products (publicly traded), Premier Car Rental and Truseal Technologies (private equity funded investment) and, as part of his Bridge Industries role, at Multi Products Company. In these positions, Joel has been actively engaged in acquisitions and divestitures. Joel has also simultaneously served in operational roles including serving as the director of inventory planning and procurement, operations manager and general manager and has led successful systems implementations. Since joining Bridge, Joel has been deeply involved in transactions and activities to help Bridge companies grow and prosper.
Show Full Bio 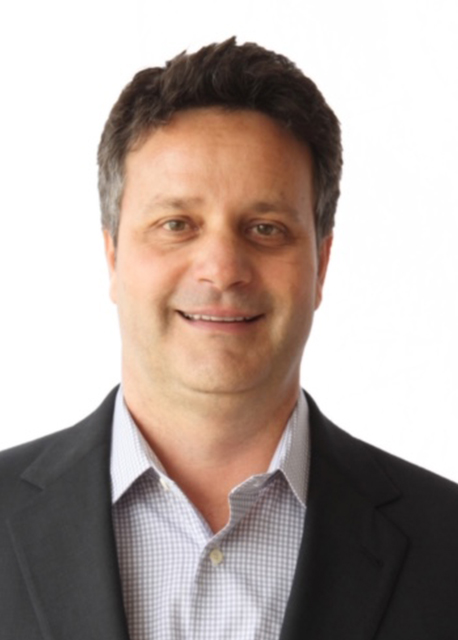 Contact: gezzell@transtechenergy.com
Greg assumed the role of President and Chief Operating Officer in October of 2018. He is responsible for the company's operations and implementation of its strategic plan, which is focused on providing market-leading solutions (design, fabrication, and field services) to a world-wide customer base. Greg joined TransTech in 2009 to expand the organization’s business development reach, bringing a diverse background ranging from entrepreneurial start-ups to larger company sales/marketing management. Greg has been a driving force behind the company’s marketing and business development activity, expanding the company’s footprint into oil and gas upstream and midstream solutions, leading the acquisition and integration of its ASME fabrication facility, TransTech Fabrication, and cultivating both offshore emerging market growth and expansion into downstream NGL markets. Greg has worked closely with TransTech’s founder Britt Medley and the entire team to continue to seek new opportunities in the energy sector to leverage TransTech’s diverse capabilities.
Show Full Bio 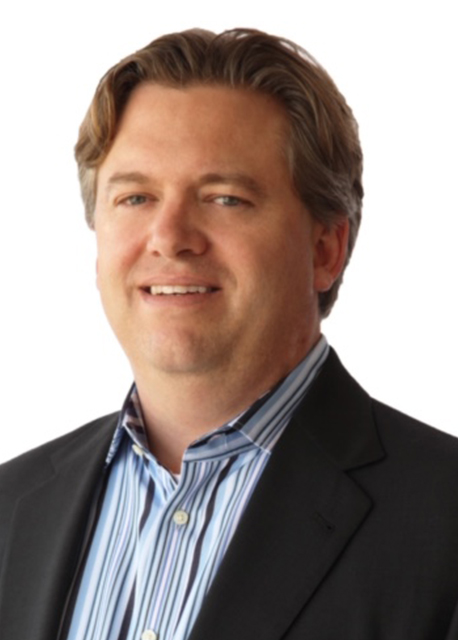 Contact: bmedley@transtechenergy.com
Britt’s deep industry knowledge and experience have been fundamental to his success as a business owner and have underscored his achievements in the industry throughout his career. Over the past two decades Britt has grown TransTech into one of the leading energy service companies in the country. Today his primary focus is advising the TransTech team on long-term growth initiatives related to new products, acquisitions, and market expansion. Britt began his career working for his family’s propane marketer and LPG/NGL plant & terminal design and construction services firm, which served the eastern U.S. for more than 50 years. There he learned every aspect of the LPG/NGL storage and handling business and honed his lifelong drive to deliver unsurpassed customer service and the safe, quality, and timely delivery of every project. Prior to launching TransTech Energy in 1998, Britt served in management capacities for both Suburban Propane and United Propane and was one of the founding partners of Metro-Lift Propane, where his leadership fueled innovation and business growth.
Show Full Bio 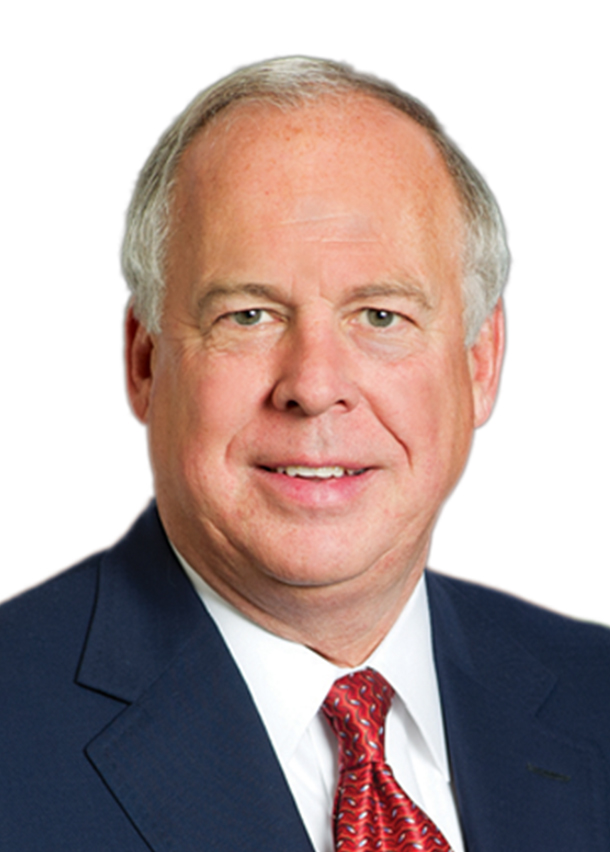 Timothy K. Pistell started his career at Parker Hannifin in 1969 as a Management Accounting Trainee when the company had revenues of less than $200 million.  Tim rose to become Chief Financial Officer and retired in 2011 when the company had revenues of $13 billion. During his 42 year career at Parker he wore many hats including Treasurer, Investor Relations, Director, Business Planning, and Vice President, Finance/Controller. Tim graduated from Miami University of Ohio with a bachelor’s degree in accounting. He received a master’s degree in business administration from Baldwin Wallace College in 1984. In October of 2008, he won the Crain’s Cleveland Business CFO of the Year Award in the Large Public Company category, and in 2010 was chosen as Best CFO by Institutional Investor magazine in the Machinery Sector, and was named as part of the 2010 All-American Executive Team.  Tim has served as a Director at Ferro Corporation. Tim has maintained an active community service during his career and in his retirement.  He's served on the Boards of the National Multiple Sclerosis Society (inducted to the volunteer hall of fame), Playhouse Square Foundation, and Great Lakes Theater.  Now living in Virginia he continues to serve on the Boards of the Garth Newel Music Center and the Bath Community Hospital, where is is Chairman.
Show Full Bio 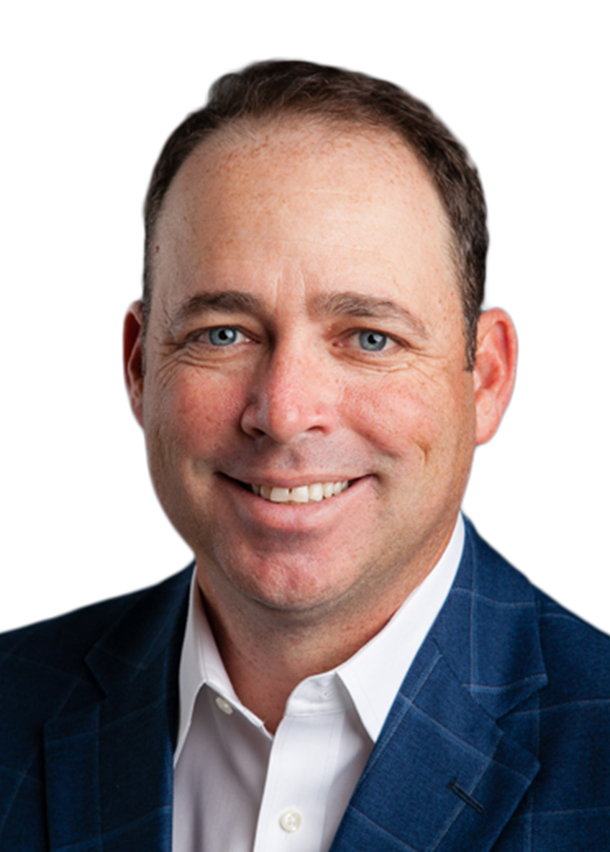 Contact: smorris@transtechenergy.com
Sandy oversees the business development and commercial operations of TransTech’s Oil and Gas team.  He is responsible for all oil and natural gas production, processing, treating and liquids storage & handling solutions.  His primary focus is expanding the company’s product and service offering to the upstream, midstream and downstream petrochemical and refining markets.  Sandy brings over 20 years of oil and gas fabrication experience to TransTech.  Having worked in oil and gas most of his life,  Sandy offers a wealth of ASME fabrication and packaging knowledge to his customer base, which is fundamental to driving growth in the fast-paced oil and gas markets. Prior to joining TransTech, Sandy led Tubular Structures (TSI), a wind tower/energy fabrication joint venture with Mitsubishi/Metal One. He played a key role in the integration of TSI into TransTech Fabrication.  Prior to TSI, Sandy was the principle owner of S&S Steel, a specialized fabrication facility in San Angelo, TX. Sandy began his career working in a family owned oil and gas business, Conner Steel Products Inc.
Show Full Bio 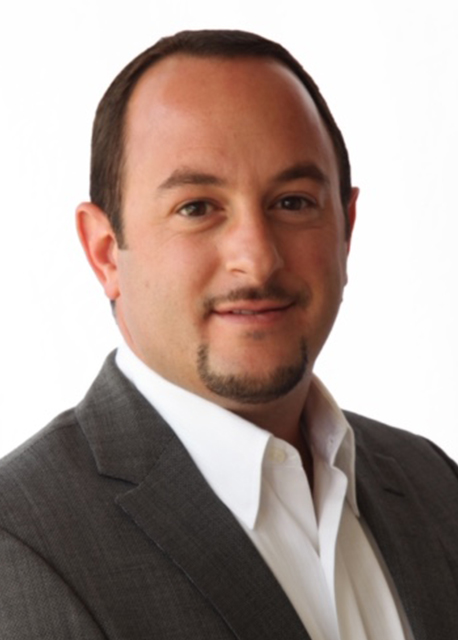 Contact: cbranchi@transtechenergy.com
Christian oversees all business development, operations, design, engineering and field services functions of the LPG solutions market, bringing over 20 years of engineering and management experience to his role. Since joining TransTech in 2003, Christian has been responsible for propelling expansion of the company’s LPG/Propane operations, focusing on bulk storage plant and terminal project design, engineering and construction. Prior to joining TransTech Christian held positions in engineering management at AmeriGas, where he played a critical role in the design and engineering of bulk propane plants and terminals and was directly responsible for maintaining corporate safety practices & procedures governing work processes of 7,000 employees and the operation their nationwide transportation fleet. Christian has both a Master’s in Mechanical Engineering and an Executive Master’s in Business Administration from Villanova University.
Show Full Bio 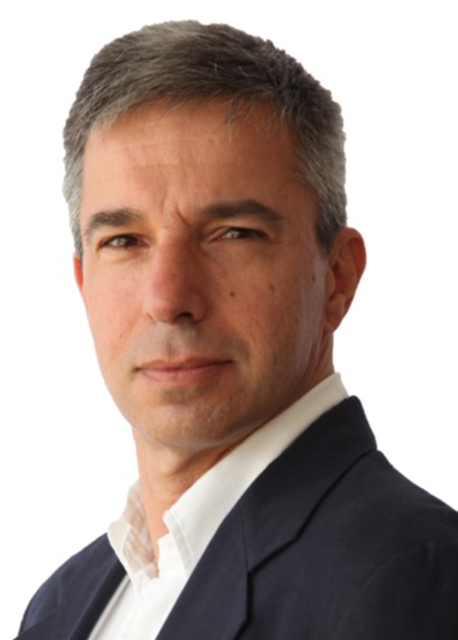 Contact: mwenik@transtechenergy.com
Mark oversees all business development, commercial and design functions of the Terminal and Power Generation market. He is responsible for all midstream and downstream EPC solutions for storage & handling, distribution, import/export, power generation and standby solutions for NGL, LPG/propane, butane and LNG. As a 30-year veteran of the energy sector, with extensive knowledge in storage facility design and construction, Mark has been instrumental in driving growth of TransTech’s Terminals and Power Generation end markets since joining the company in 2012. Prior to joining TransTech, Mark held leadership roles in LPG equipment distribution and storage facility design & construction industries for more than 20 years. Mark is also a voting member of NPGA's Technical and Standards Committee and is also a member of the Propane Defense Council and several regional Propane Associations.
Show Full Bio 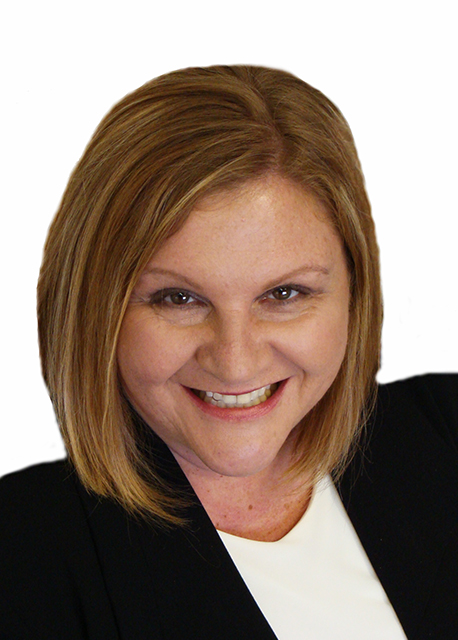 Contact: cbaughman@transtechfab.com
Christi Baughman joined the TransTech team in 2015. She has over 20 years of managerial accounting experience in manufacturing environments. Christi has an accounting degree from Baylor University, a CPA license from Texas and a master’s in business administration from the University of Texas at Arlington. Prior to joining TransTech, she was the Controller of a nationally recognized manufacturer of landscaping and fertilizer products, and the Supply Finance Manager in the largest plant owned by Mars Chocolate North America that employs over 70,000 associates in over 21 countries. While at Mars, Christi was responsible for strengthening internal controls and leading the operations team in waste reduction of 50% by providing timely and accurate visibility of savings opportunities. Her areas of expertise include forecasting, cash management, process improvement, system management, metric improvement and customer satisfaction. She specializes in oversight of accounting, auditing, and internal controls and oversees training of teams for cohesive high-impact performance. Since joining TransTech, Christi has been responsible for successfully co-leading the project implementation for a new Enterprise Resource Planning (ERP) system, and increasing efficiency and team building opportunities by improving finance processes and bridging the finance staff at the TransTech locations.
Show Full Bio 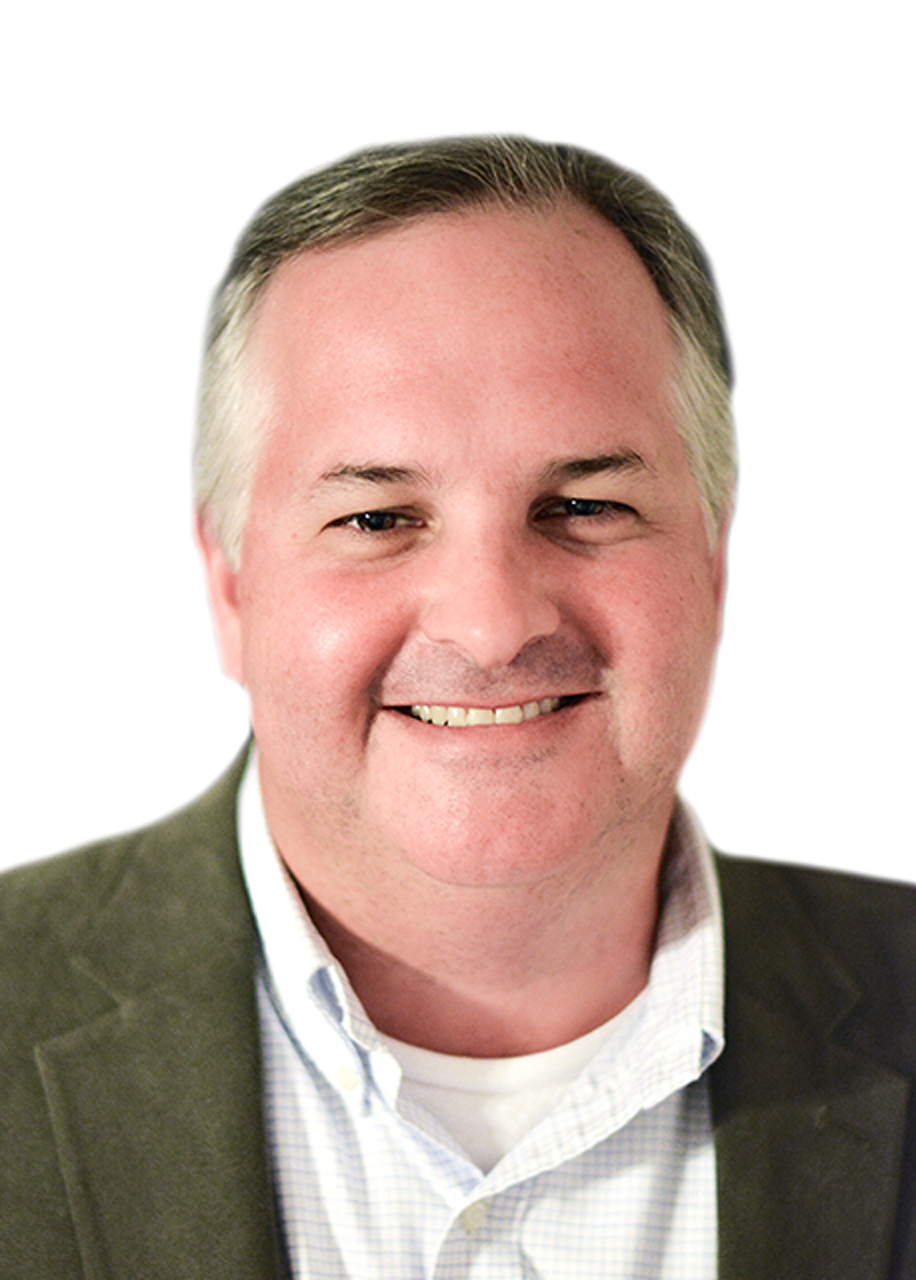 Contact: bholder@transtechenergy.com
As the Director of Organizational Development, Buie is responsible for improving TransTech’s team communication, managing and supporting the assessment of organizational needs and the design, implementation and evaluation of training programs that facilitate the development and continuous learning of all team members. Additionally, Buie is responsible for the company’s customer relationship management CRM strategy. Buie joined TransTech in 2014 as the CRM Coordinator and played a key role in implementing several process improvement initiatives that improved team productivity and customer service. In 2018 he assumed a leadership role in redefining the organization’s mission and values, the “TransTech Way”.
Show Full Bio 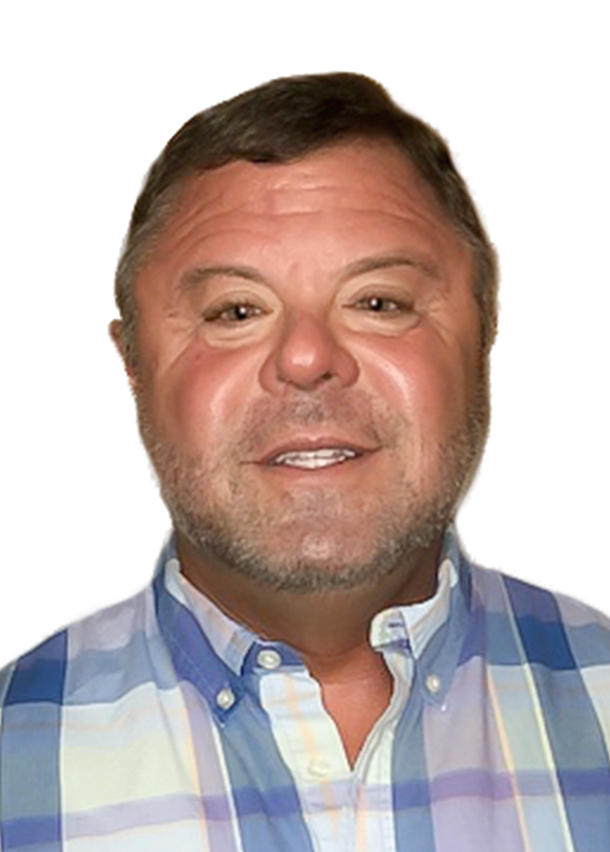 Mark joined the team in September of 2018 as Director of Operations for TransTech Energy where he will oversee all aspects of our ASME pressure vessel and oil & gas production, process and treating equipment fabrication, packaging and manufacturing operations.

Mark brings extensive leadership experience in heavy industrial, manufacturing and fabrication processes to his new role following years of experience in production and operations management throughout a successful career that is punctuated by his rapid rise through the ranks of both engineering and manufacturing operations management at GE Oil & Gas.